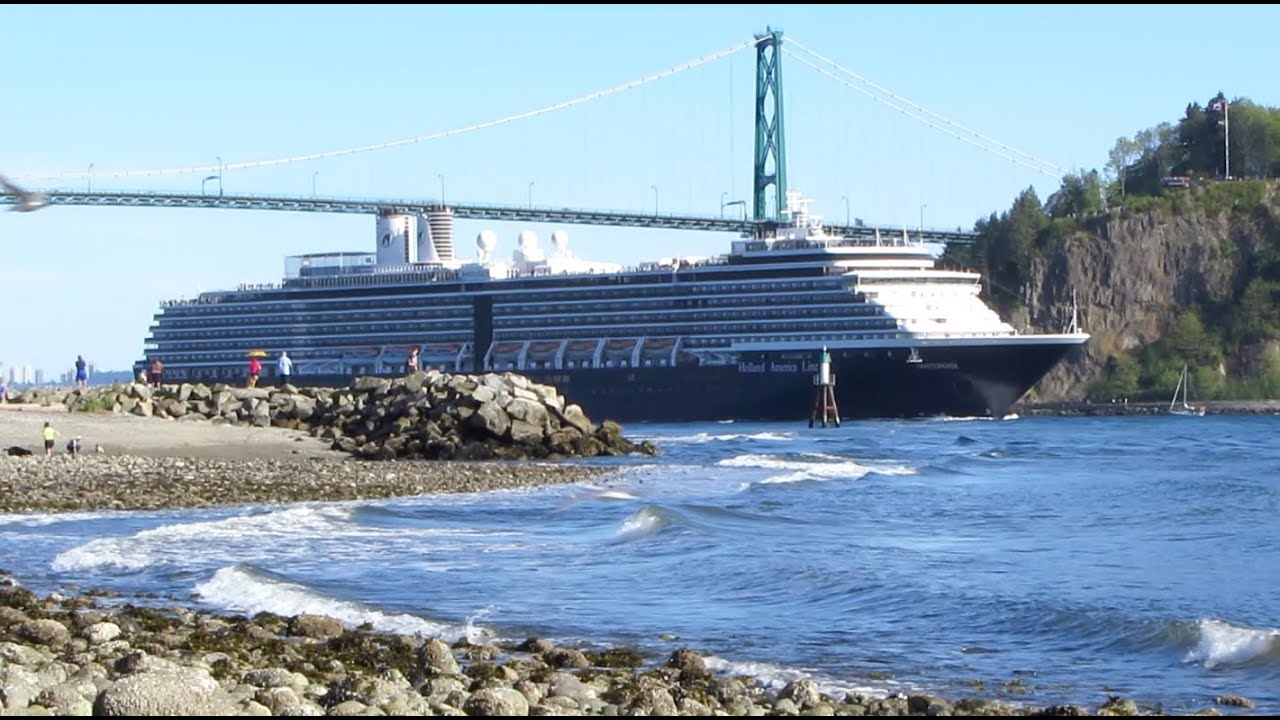 On Sunday, I was taking a leisurely walk on the seawall and I noticed something I had yet to see in Vancouver.

Three cruise ships docked at Canada Place. The ships, Princess Cruises’ “Crown Princess”, Holland America’s MS Oosterdam and MS Zaandam, carried a total of approximately 12 800 people who were getting ready to either disembark in, or embark from our beautiful city.

It was quite a sight and as I saw them all departing through Coal Harbour later that day, one after another, it had me thinking, “Is taking a cruise something I should look into?”.

I’ve thought about it many times since I’ve moved to Vancouver and maybe it’s time I really researched it.

I’m sure I could score a great last-minute deal, and from what I’ve been told, the journey to Alaska is absolutely breathtaking and the most convenient way to see the state. But I’m just not sure if I’m the “cruising type”, so I’ve been working on a Pro and Cons List for Cruising.

Seeing a variety of destinations in a short period of time

Cruising allows you to visit multiple destinations within a short period and without you having to make all of the transportation arrangements.

I’ve never been on a cruise and I always like to try and step outside of my comfort zone and try something new, so why not give it a go?

Cruising allows you to sit back and relax so there is very little planning that goes into your vacation once you are on the ship. You already know your itinerary, so the only arrangements you really need to make are your outings for offshore activities, and even when it comes to that, there are plenty of people to help.

I’ve heard rumours that going on a cruise is a great way to meet new friends. Some “cruisers” that I’ve met have boasted how they have met lifelong friends during their time on a ship, maybe it’s because they are stuck on a ship together, or maybe it’s because cruising offers a number of activities in which people get to interact with each other.

I have a tendency to feel claustrophobic at times. While I know the cruise ships themselves are huge, I worry about being confined to a small room or feeling “panicky” when I’m in one of those never-ending hallways.

Being on someone else’s timeline

I like to do my own thing. If I’m enjoying a place, I like having the ability to stay longer because I call the shots. When cruising you are on someone else’s agenda and there’s no room for error. I think I would hate that.

I’ve been known to get seasick, carsick, trainsick, you name it, motion sickness and I know each other well. Many cruise ships boast that they have stabilizers and cruise on calm waters, but I’m not sold just yet.

This is a huge one. Often times meals are included but even when they are, your drinks aren’t included. I have yet to find one “all-inclusive” cruise departing to Alaska from Vancouver, maybe it’s because they don’t exist? So, even if you find a great deal, when you factor in the extra costs of alternative food and booze, offshore excursions, tipping and onboard luxuries (I’d have to visit the spa at least once, right?) the cruise “deal” that you found is now, perhaps, not much of a deal.

For more information of cruising, check out the Cruise Critic here.

Have you ever been on a cruise? Would you recommend the experience?